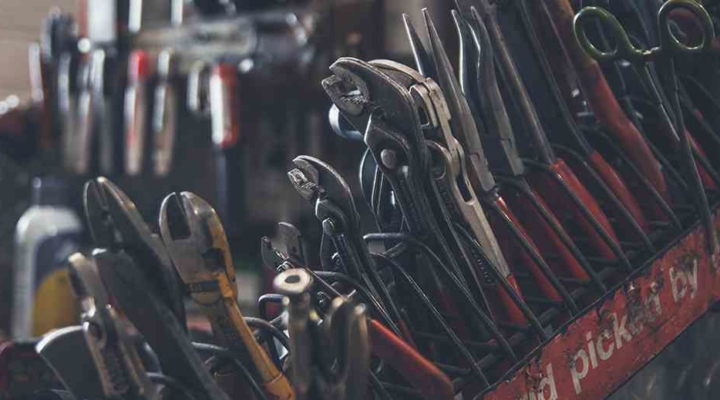 Don’t Take Your Safety for Granted

The heading over an article in the newspaper said: “Man Seriously Burned at Work.” The story went on to say that the worker was burned when his clothes caught fire during an explosion. But there was more to the story than that. What actually happened was that an oxygen line was mistakenly connected to a water tank on the rear of a jet drill. When the operator opened the valve, an explosion occurred and his clothing was ignited.

Behind the headlines of another story, a worker who was priming the carburettor on a truck poured some gasoline, then stepped back, carrying the open fuel can. When a co-worker approached from behind with a lit cigarette, the can touched the cigarette—and the explosion burned both workers.

In another incident, which you might think could never happen; an employee climbed inside a machine to perform some repairs—without turning off and locking out the power. Another worker activated the machine, and the one inside was killed.

There was one thing that the three accidents had in common. In each case, someone made a false assumption. This violated a very basic safety rule: “Don’t take your safety for granted.”

The man in the first story assumed that the right line was hooked up, so he didn’t check it out. The second victim assumed no one else was around and backed into trouble. The third assumed that no one else would start the machine. All three assumptions were incorrect and resulted in serious accidents.

Taking things for granted actually involves many factors that produce safety violations, among them: poor communications, not being alert, and taking chances. Check and double-check when necessary. Check tools for flaws before you use them. They may have been okay yesterday, but today’s another day. Look before you blindly put your hands anywhere. Boxes are usually clean, but this time there might be protruding nails. Look before you step out into an aisle. Power trucks may not normally travel that route, but this time a new driver may have wandered off course. On the way to and from work, you’ve seen the wreckage at intersections where a driver had assumed everyone would stop on the signal and had charged into the intersection only to discover that the assumption was tragically wrong.

In a recent study of characteristics of accident-prone employees, one of the personality factors associated with the tendency to have repeated injuries was self-assurance. The accident repeater is convinced of his or her superiority—and the ability to cope with all problems. Such overconfidence leads to taking unnecessary chances, which are followed by frequent accidents and injuries.

Another accident factor was found to be the desire for dominance. The accident repeater has decided opinions but comparatively little regard for the opinions of others. The repeater’s attitude is “There are two ways to do anything—my way and the wrong way.”

Such people take it for granted that they will always make out okay, even though the fact that they’re accident repeaters proves how wrong they are. To avoid being like them, never take safety for granted. If there’s the least doubt or question about how to perform a task in the safest way, don’t assume and don’t guess. Check with your supervisor—you’ll be doing both of you a favour.

And a bonus quote from John F. Kennedy:

“Efforts and courage are not enough without purpose and direction.”