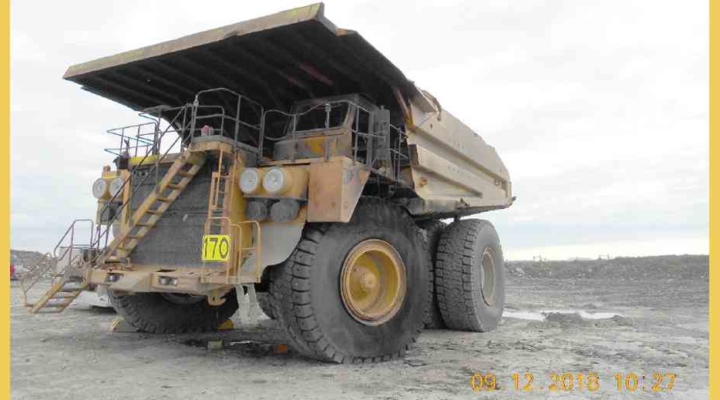 Successful Mine Rescues in November

1907 — A cave-in deep inside the Draper Mine at Gilberton, Pennsylvania, followed by a inrush of culm and water from the surface trapped Michael McCabe for 87 hours before rescuers managed to free him.  He was released from his prison barely alive. Source document.

1909 — There were tales of unbelievable suffering and endurance following the Cherry Mine Fire.  One group of miners, 500 feet underground, had built a wall of mud, rocks, and timbers to block off the poisonous gases.  They were in total darkness with only a pool of water leaking from a coal seam to drink.  After 8 days of confinement, they could bear it no longer.  They tore down the barricade and began crawling through the tunnels.  Finally, they heard the sounds of a search party.  Twenty-one men still alive from this group were rescued.  259 miners were killed in the disaster.

Nov 1914 — Bonar Mine, East Bernstadt, Kentucky – Three men were overcome by powder smoke.  They were rescued by the State mine inspector and the mine superintendent.  One miner was revived by artificial respiration; the other two died. Source document.

Nov 1914 — Cave-in at Sibley Iron Mine, Ely, Minnesota – Six men were entombed.  One man was rescued after 112 hours by parties led by company officials. Source document.

Nov 1914 — Fall of Top Rock at West Brookside Mine, Pottsvtlle, Pennsylvania – Two men were imprisoned for four days, when they were rescued by a party led by company officials. Source document.

1926 — Six miners were trapped by water in the Tomhicken Mine of the Lehigh Valley Coal Company in Pennsylvania on November 16, 1926.  One man died, but five men were rescued 8 days later. Source document.

1933 — Five men were rescued from a mine after an undisclosed period in South Scranton, Pennsylvania following a cave-in.  Two of the men, Paul Mariello and Carmel Comparta, were seriously hurt, suffering from internal injuries.  The other three men left the scene before they could be identified. Source document.

Nov 1962 — After falling 200 feet down the abandoned Idaho Bride gold mine near Idaho Springs, Colorado and spending 14 hours in the mirky depths, Airman Chester West was rescued.  It took rescuers, led by District Mine Inspector, Norman Blake, three hours to lead West out of the winding tunnels. Source document.

1968 — Eight miners were rescued five hours after explosions ripped through the No. 9 mine in Mannington, West Virginia owned by the Consolidation Coal Company.  13 other miners managed to exit the mine shortly after the 1st of at least 3 explosions tore through the mine.  This disaster, which killed 78 miners, triggered Congress to pass the Coal Mine Health and Safety Act of 1969. See video.

Among the 21 miners rescued from the Mountaineer Coal Co. (Consol) No. 9 mine was Matt Menas, Jr., whose father died in a similar disaster in the same mine 14 years earlier.  The explosion on Nov. 13, 1954, killed 16 men.  The mine at that time was owned by the Jamison Coal Co., and was called Jamison No. 9. See Video. Source document.

1985 — Following an avalanche at the remote Bessie “G” gold mine in Colorado’s San Juan Mountains, rescuers, including officers from the LaPlata County Sheriff’s Department worked for 24 hours to rescue one miner.  Another miner trapped there was found dead.  Names of the two men were not released. Source document.

1901 — Baby Mine Fire, Pocahontas, Virginia — While the fires were being fought, a small explosion occurred, which injured no one, but blew out some of the brattices and allowed the smoke and gases to pass through into the adjoining West Mine.  Nine men in the West Mine were overcome by smoke and suffocated.  On November 22, 1901, a rescue party of eight men was also overcome by gases in the West Mine and suffocated.

1903 — Koarsarge Gold Mine Fire, Virginia City, Montana — At the first alarm the 170 employees hastened to extinguish the flames.  The Mine Superintendent entered the tunnel through the fire and smoke to warn the entombed miners and to aid them to escape.  He returned and tried to enter the mine by the air shaft but fell from the ladder and was killed.

1909 — St. Paul No. 2 Mine Fire, Cherry, Illinois — ” . . . there were 259 men and boys who were never saved despite great deeds of heroism by volunteer rescue teams.  Sadly, that heroism was rewarded with death for no less than twelve of the rescuers.  They were a hastily assembled team of people from the town who went down in the cage six times, each time dragging more miners to safety.  From the seventh trip into the hell below, however, none returned alive.”

1910 — Victor American No. 3 Mine Fire, Delagua, Colorado — A member of the rescue crew who gave his breathing apparatus to one of the four men found behind a barricade stayed behind to wait for the party’s return.  He was later found overcome in another part of the mine and died the next morning.

1911 — Adrian Mine Explosion, Punxsutawney, Pennsylvania — It is believed that the six dead miners, realizing that there had been an explosion, dropped their dinner buckets and ran further into the mine to rescue their fellow workmen.  The dinner buckets were found about a mile and a half from the innermost workings of the mine, which is five miles from the entrance.

2013 — Revenue-Virginius Mine Asphyxiation, Ouray, Colorado — A miner, Nicholas Cappanno, did not return from an area of the mine where an explosive had been previously detonated.  The shift foreman, Rick Williams, went in to search for him.  Eventually they were both found by other miners working in the area, and those miners immediately evacuated the mine.  Mine rescue teams entered the mine and found the two others.  During the recovery operation, they detected fatal levels of carbon monoxide.  The teams brought the victims to the surface.  Twenty miners were taken to the hospital, and three were kept overnight.  All 20 were subsequently released.